Evaluating cards incorrectly is one of the biggest pitfalls Commander deckbuilders can find themselves in, and often, that begins with evaluating them in a vacuum. EDHRec is a fantastic resource if you know how to use it. Everyone knows to visit the landing page for their chosen Commander, but there’s way more to it than that -- and if you don’t go just one layer deeper, the data you’re getting might not be the data that best helps you build a deck.

Lyra Dawnbringer is a deck I’ve been tinkering with for quite some time now. While the deck has had some obvious upgrades recently, like Valkyrie Harbinger and Righteous Valkyrie, a lot of the other popular picks on the page are far more circumstantial than you’d be led to believe.

Some of the cards on the landing page have no right to be as popular as they are, for starters. Serra the Benevolent rarely does more than make a token and provide a small life buffer; Resplendent Marshal actively hurts reanimation, one of the main strategies that makes a deck like this viable; Shattered Angel is a card I’d never want to be paying five mana for when cards like Angel of Destiny and Linvala, Keeper of Silence exist.

Other cards rely on you leaning into different strategies. Reya Dawnbringer really wants you to have a lot of ramp and ways to reanimate creatures to cheat her into play; Segovian Angel is probably good when you’re playing equipment, maybe? I think I’d still rather take Selfless Spirit or Remorseful Cleric, though, two cards that don’t even show up on the page. As for Keeper of the Accord? I’m not sure it gels with what most versions of the deck are trying to do - namely, get big splashy Angels into play. Catch up ramp isn’t great for decks with a high mana curve that want to be as proactive about ramping as possible, so dropping a Thran Dynamo or Angelic Accord is a way better option on four for this deck.

Essentially, what I’m getting at is that looking at a list of the most popular cards for a deck isn’t really going to give you the synergy that comes from playtesting and upgrading a deck iteratively on your own.

Circling back to Keeper of the Accord for a moment, we can begin to tie this into how people get way too hung up on evaluating cards in a vacuum. Yes, on the surface, Keeper of the Accord is a pretty damn good Magic card. It can offer a lot to the right kind of deck. It’s also a card that sparked a lot of discourse when it was previewed, mainly amongst the seasoned mono-white players in the community. The consensus was that this card worked against some of the better ramp options used in white: Burnished Hart, Sword of the Animist, Wayfarer’s Bauble, and even Land Tax (which lets you hit your land drops every turn).

Take a look at the above two cards, and tell me which is better. Many Magic players will happily point to Treasure Map. It’s not conditional, it’s card advantage over multiple turns, it’s a burst of mana, and it synergizes with cards like Smothering Tithe. I’m not here to tell you you’re wrong; not at all. In a vacuum, it’s the better card.

I’ve just replaced it with Scroll of Avacyn in my Lyra deck. 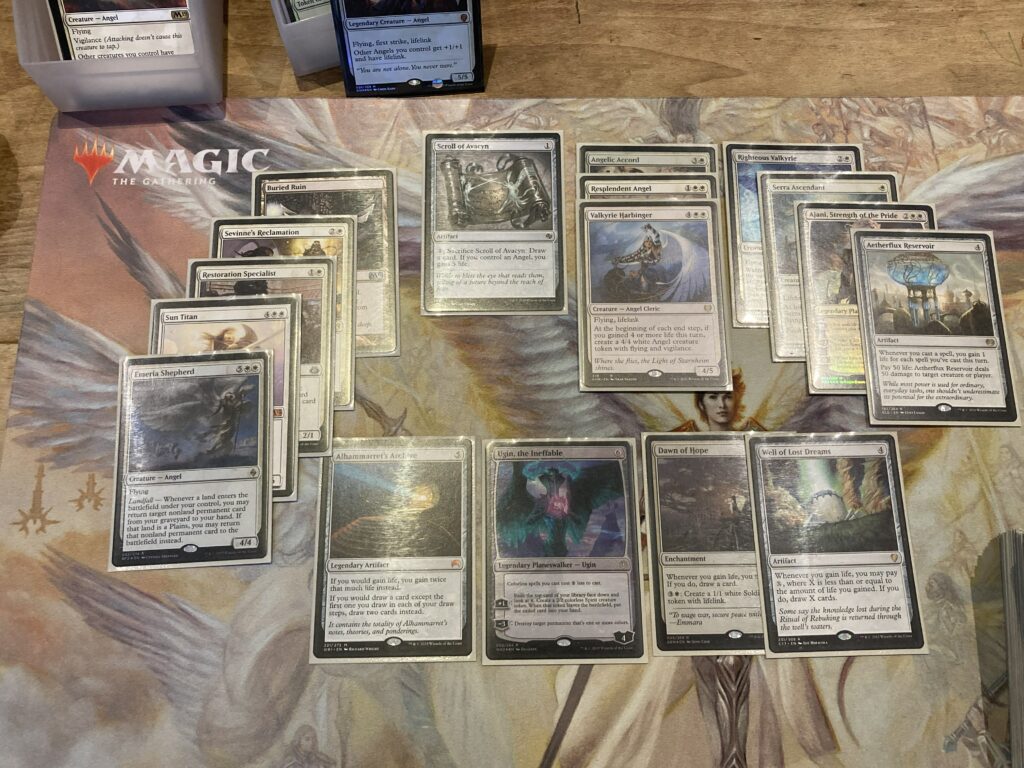 [elScroll of Avacyn[/el] is a card I’ve long dismissed being worth running, but after opening a couple in JumpStart boosters, I thought “why the hell not? Let’s test it!”. Upon a closer inspection, my deck had a lot of interesting synergies with the card. There were multiple ways to recur it, multiple payoffs for gaining life, and multiple ways to piggyback off of it. If you’re ever unsure on how good a card might be for you, just lay out the synergies on your playmat. It might seem basic, but it can do a lot more than looking at an EDHRec landing page could ever do.

After some playtesting, I actually came around to the fact this card was valuable for my build. Getting that burst of life could often mean a surprise blocker generated from Angelic Accord or Valkyrie Harbinger, or getting over the proverbial hill to activate Ajani, Strength of the Pride or Aetherflux Reservoir. While Treasure Map might be better in certain drawn out scenarios, the cheap investment in the Scroll has meant I’ve been able to make more impact on the board. Commander games are quicker these days, right?

Though these two artifacts are in roughly the same amount of decks on EDHRec, there’s no doubt that some of these decks will be more suited to running one more than the other, and spoilers -- Treasure Map will probably be correct a lot of the time, unless you have a fairly dedicated recursion suite. Given that the above powerhouses of recursion don’t show up on Lyra’s landing page, I’m dubious.

You Need to Go Deeper 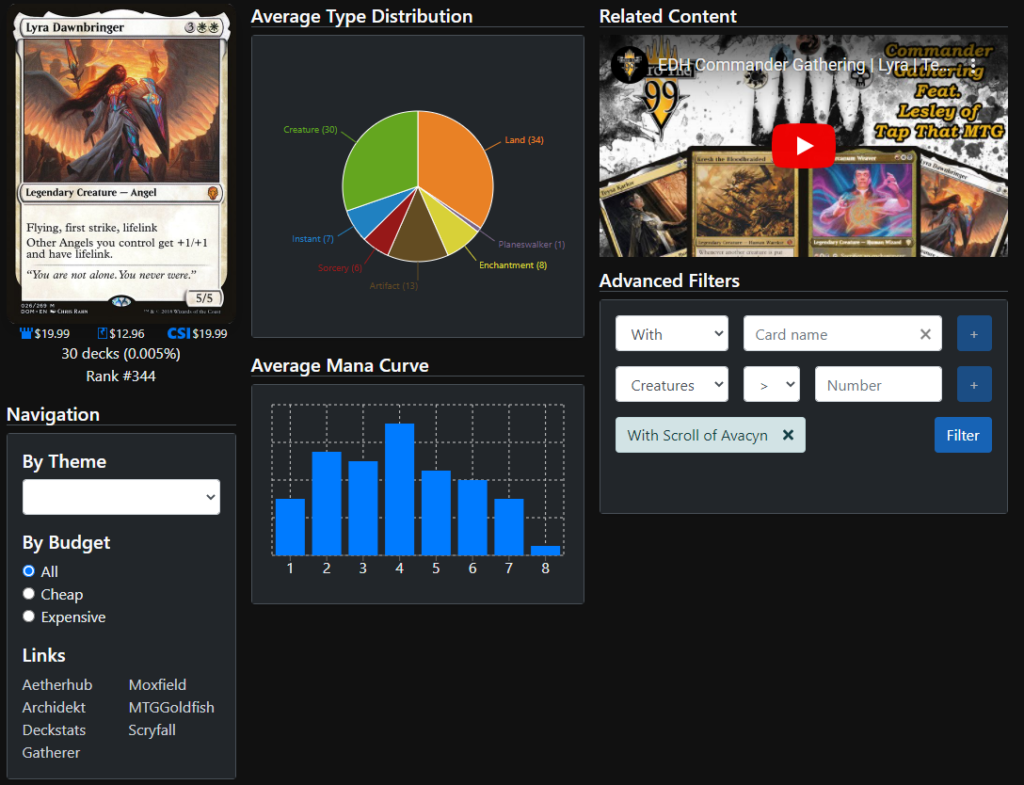 The most impactful step you can make is to begin to use the filters to help your evaluating. They’re great, and they offer a way to hone in on the exact cards that might be good to you. You can add more than one -- if you’re looking at decks that involve a combo, for example -- or just look at decks that play a card you’re thinking about.
There’s a certain irony in finding that Sun Titan, Buried Ruin et al still don’t show up as the most popular picks after filtering to decks that play Scroll of Avacyn, but honestly? That only reinforces that theorycrafting can only take you so far.

Get out there, play the deck, and take notes. Try out new cards. Synergy is a lot harder to excavate from data on popularity than it is to unearth in playtesting.

Stop evaluating cards in a vacuum.

Kristen is something of a Commander junkie, with a taste for the combat step. She enjoys the vorthos side of Commander, and when not taking names with Aurelia, enjoys a good draft and a good steak. She's also a member of the Commander Advisory Group.