Welcome back to the Commander's Herald weekly update, where we get current with all the happenings of the past week. This week was exciting for Commander players of all types with several big announcements.

One of the major discoveries over the past weekend was the change in foil stamps for prerelease promotional cards. Wizards of the Coast has changed the promotional stamps a few times over the past few years, this time featuring a stamp of the year the set was released.

Forgot we updated the prerelease stamp with #MTGStrixhaven

My #MTGStrixhaven Prerelease pack arrived so let's take a look.

Starting with a spicy promo pic.twitter.com/u8odpCgScO

The stamp has undergone several different iterations, most recently being the dates of the prerelease weekend for the set. It was not announced before the prerelease events began that the promotional stamp had changed so it was definitely a surprise to many as the first packs of the set were opened. Changing the stamp should only leave one different stamp per year instead of unique stamps for each set, but that will be confirmed once the next set is released.

The middle of the week did not slow down for Wizards of the Coast and its partners with announcements. Thursday featured several new Secret Lair drops each previewed by a different gaming or pop culture website.

Polygon.com announced the presumably last part of the Mystical Archive premium art treatment for Strixhaven: School of Mages. These special frames match the borders that were used in the Mystical Archive inserts in Strixhaven with non-Standard legal cards. Some multiformat all-stars such as All Is Dust and Drown in the Loch get special frames, and Fractured Identity also gets its first new art treatment as well. 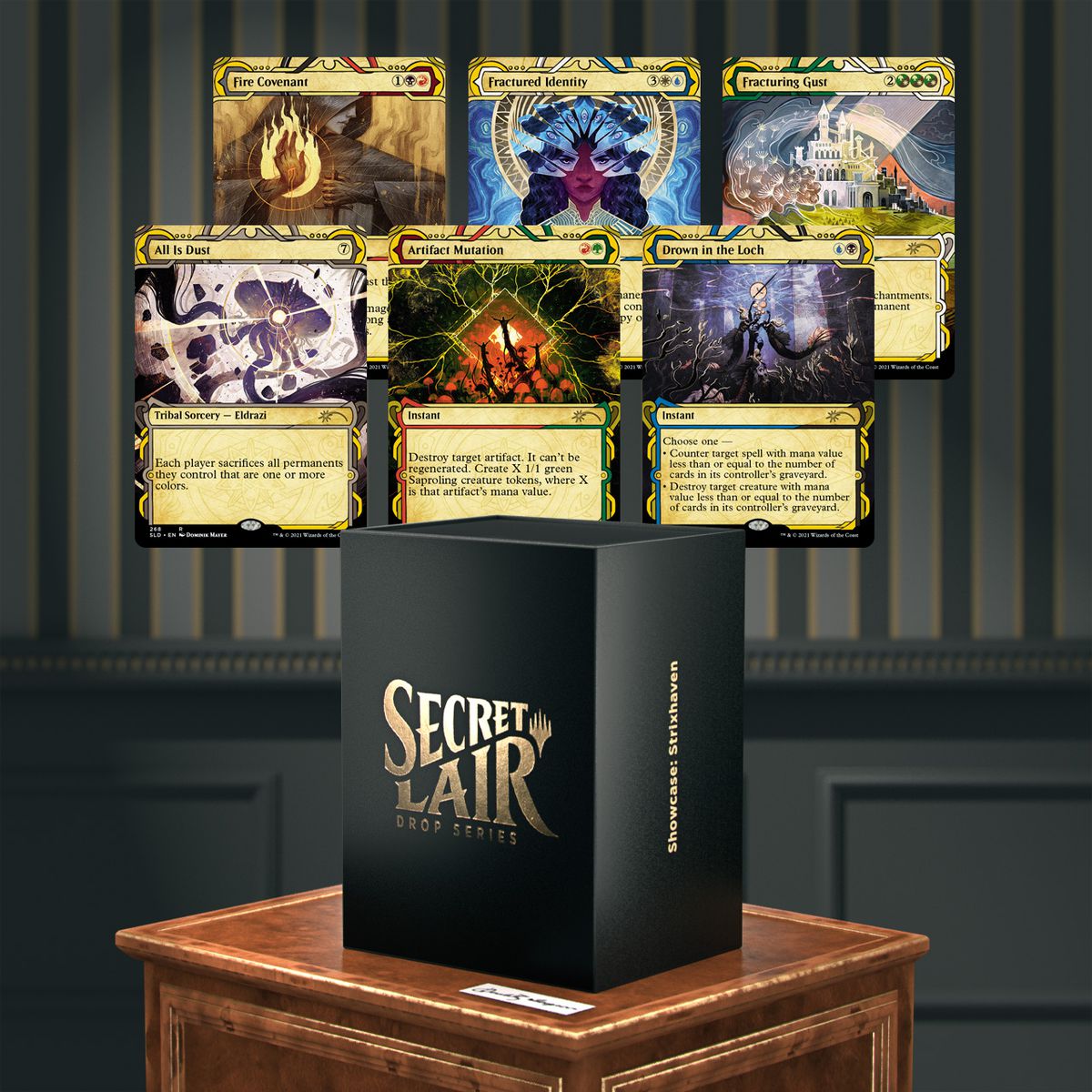 The second Secret Lair that was announced comes as a major surprise in style with its treatment of basic lands. Considering that the outlet previewing the new Secret Lair product is the satire site The Hard Drive this shouldn't come as too much surprise though.

remember when Magic the Gathering gave us cards to reveal & told us they were gonna be really awesome? and then it ended up just being 5 basic lands??? apparently they feel bad & are going to let us redeem ourselves. holy shit i’m so excited to do a REAL card reveal this time!!! pic.twitter.com/FpK9I9MmXj

The Hard Drive has been involved with a few previews before, each time bringing their own lighthearted style to the announcement.

Long time players will surely enjoy the meme-level appeal of this Secret Lair. In lieu of art each card features the full rules text for basic lands being presented. Similar art has been done by community members so it seems that Hasbro has been listening to the comedic side of the community with this inclusion.

Our Show Is On Friday, Can You Make It? If you can't it's cool, you can preorder our drop at https://t.co/a0Wcy0cRYJ starting April 26. 🎸https://t.co/6Y5b9ZIHgD

The third Secret Lair that was announced was styled after concert posters you might find at your local concert venue. Commander staples including Nature's Lore, Wrath of God and Decree of Pain received arguably the most unique art style of the Secret Lair series. 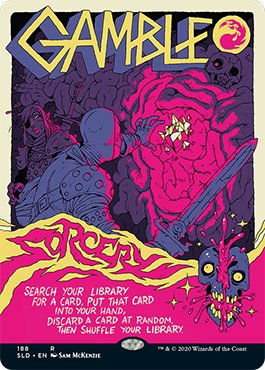 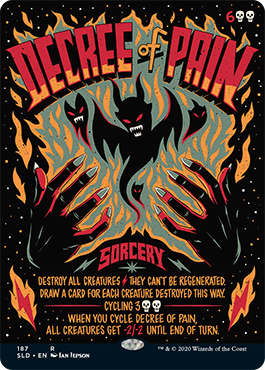 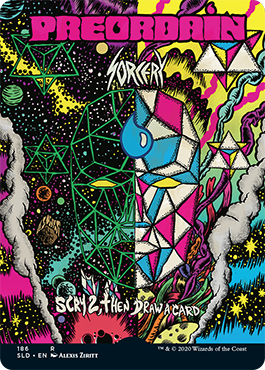 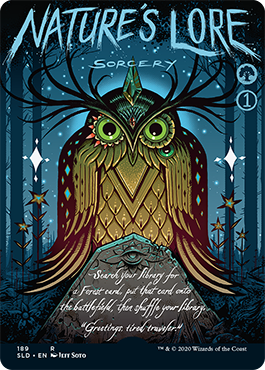 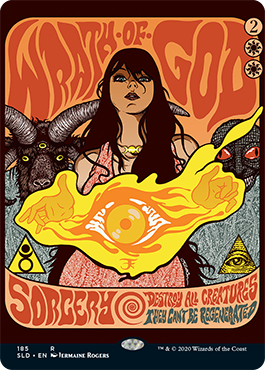 The interview announcing this edition of the Secret Lair details the connections made between Magic: the Gathering and the style influencing the art.

Wrapping up the Secret Lair announcements, we go directly to Wizards of the Coast.

Welcome to Dr. Lair's Secretorium! Gasp in amazement at a bevy of lands ranging from the sesquipedalian to the otherworldly! See unbelievable spells borrowed from #MTGStrixhaven's famous Mystical Archive! Plus: live music!

The Dr. Lair's Secretorium we see a new art for coveted shocklands in Alara shard color sets. Five separate options for three shocklands including one enemy color shock like Breeding Pool and two ally colored land like Temple Garden are featured in each drop. 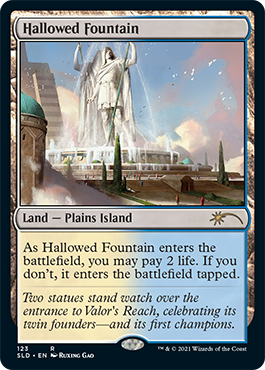 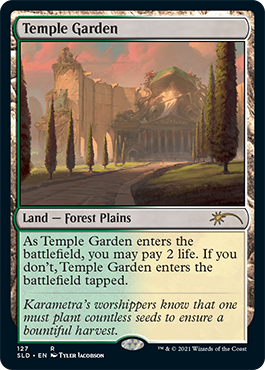 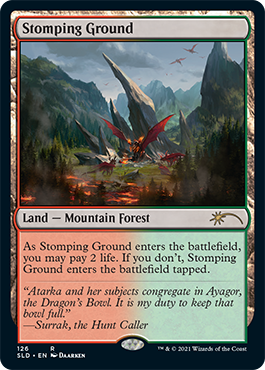 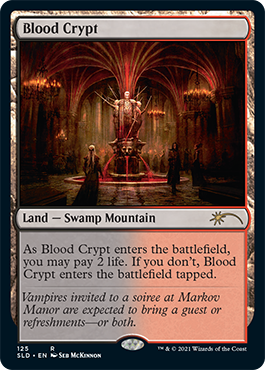 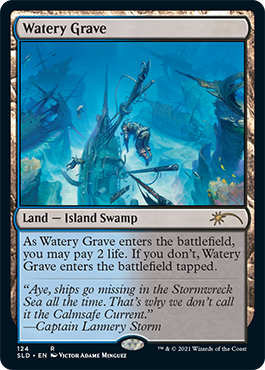 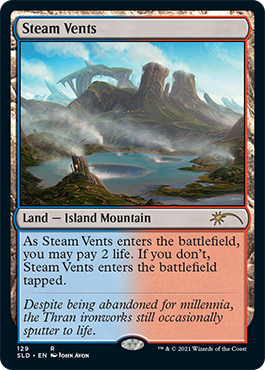 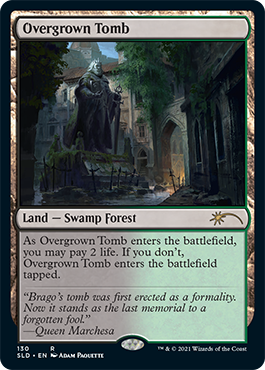 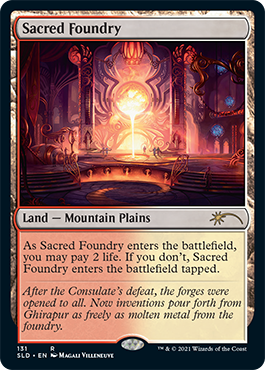 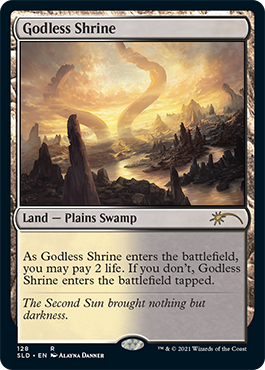 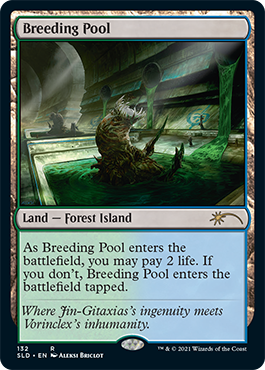 These Secret Lair drops come in at $29.99 give players an opportunity to pick up three of these highly played lands. Considering each of these lands typically are in the $15-20+ range each, this drop represents a very good value for players.

The Commander Player's Path of Discovery