Glenn, the Voice of Calm by Paolo Puggioni

This column is for all of you out there who have ever played some Magic and wondered if you were the bad guy. I'm here to take in your story with all of its nuances so I can bring some clarity to all those asking "Am I the Bolas?" Whether it's because of a mean play or even just getting bored with your playgroup, I'm ready to hear you out and offer advice. All you have to do is email markcarbonza@gmail.com!

My name is Mark Carbonza and I'm a Timeshifted version of comedian Mike Carrozza. 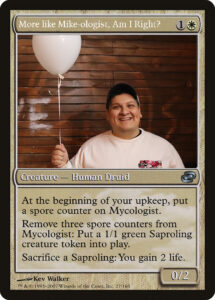 This week is brought to us by a little controversial collection of cards based on the TV show The Walking Dead.

I recently watched MTGMuddstah's gameplay video featuring a player with a Glenn, the Voice of Calm deck. I thought it looked so cool and worked really well. But after reading comments on the video and other comments online, I feel discouraged. I really like the card, but I'm afraid that people won't let me play a deck around a card I really like. Am I The Bolas for building one anyway?

I don't blame you. I saw that video and Martin's deck put! in! work!

I understand the backlash I think you're talking about, for what it's worth.

In October of 2020, Secret Lair Drop Series: The Walking Dead was posted for a limited time purchase from Wizards of the Coast's site. The drop featured five legendary creatures based on characters in the show, an equipment used by one of the series' villain, five Zombie tokens called Walkers based on the terminology in The Walking Dead franchise, and a treasure token. 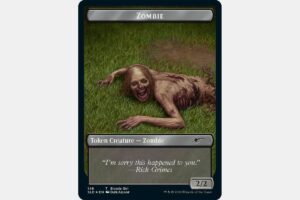 We had just gotten Godzilla treatments in Ikoria, where you had the choice to have a Godzilla printing of a card or just the unique Magic card from the multiverse. They were also widely available, opened in regular draft boosters and collector boosters.

The problem is that the Walking Dead cards were mechanically unique to the Secret Lair Drop. This Drop included brand-new cards that have never printed before, which was new for Secret Lair as before this one, they'd all been reprints. For that matter, they've been reprints since. Wizards of the Coast has said there's a chance this set of cards get printed as non-TWD characters, which I think would be great.

But apparently, SL:TWD sold best out of all of them. Super exclusive printings of cards available nowhere else with a beloved horror tv/graphic novel franchise? Collectors salivated.

However, a few cards turned out to be pretty powerful and lots of folks are upset (myself included) that they aren't available as a non-Walking Dead cards nor widely available. Not to mention that apparently Negan is super vicious (I don't watch the show). To that, I say, "Yawgmoth is in the game and he's a literal monster." Do I wish I had a copy of Rick for my Mardu Humans deck? Yes. Do I wish it wasn't Rick from a TV show I don't watch? Also, yes!

My opinion on the matter can be summed up by Martin, the person whose deck you saw in MTGMuddstah's video. He commented the following on YouTube:

"For anyone wondering why I decided to build a TWD commander, it's not because I support WOTC's decision in these types of products.

As an Asian who tried to make it in the entertainment industry, there weren't many people to idolize who weren't kung-fu movie stars, or the butt-end of a comedic joke. Steven Yuen's character of Glenn from TWD was one of the first on-screen American-ized productions that was able to appropriately cast, and script, and portray an Asian character, without making an absolute joke of him. He honestly brought pride into being an Asian male actor.

I was sad to see WOTC go about printing products like this, but was thrilled to be able to celebrate one of my favourite actors, in what was arguably a huge step forward in Asians not being stereotyped in Hollywood.

As always, everyone is entitled to their comments, but I did want to make it clear that this was a choice of mine, and my opinions should not be reflected upon anyone else affiliated in this video."

Before people actually got these cards in their hands, I was ready to refuse to play against any of these commanders. I won't lie, I was furious. I still am! I think the way WotC handled this product is irresponsible and I hope that the Lord of the Rings and Warhammer treatments in upcoming sets are done more like the Godzilla ones in Ikoria. 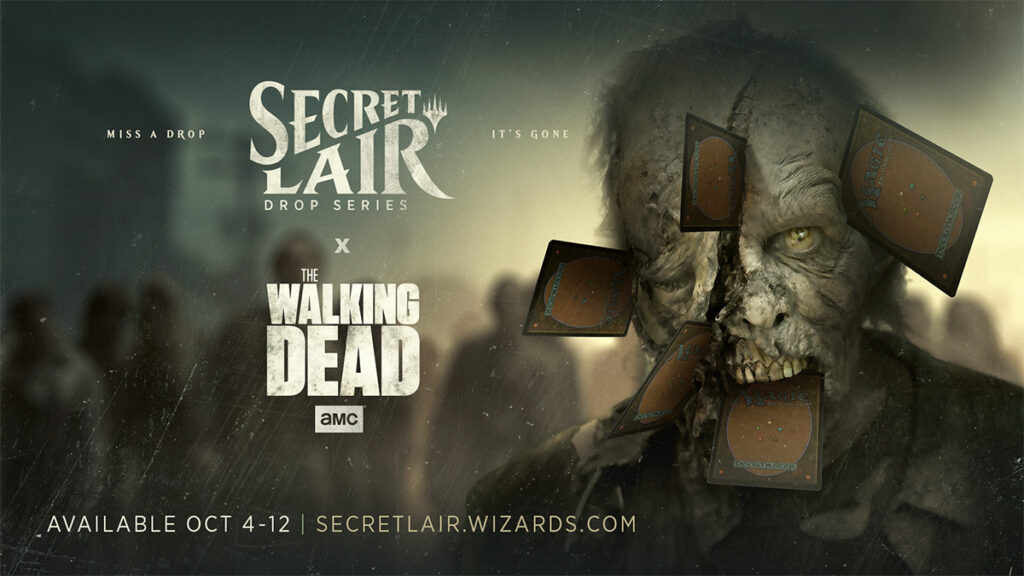 People bought them though, and some folks have more reasons than just being collectors of the game or TWD fans. Reading Martin's comment brings about a new layer I hadn't considered.

So are you the Bolas for wanting to build around a unique commander available to play in the game?

This might still mean you'll be faced with people who don't want to play against that commander. Maybe have a back up plan to compromise or a secondary commander. You could also dig in your feet and stand firm about it, I'm not your boss. Do what feels good. But know that you're good to go if you want to build a deck around Glenn or any of the TWD legends. You'll find a bunch of tables that'll be stoked to have you.