When I am not writing diversity, equity, and inclusion content for Commander's Herald I am planning charity streaming events and going to conventions for Trans Lifeline. Which is probably why I have been pretty focused on the idea of what would make a good Magic: the Gathering event lately. In this year alone I have been to PAX East, DreamHack Dallas, PAX West, and TwitchCon alongside planning an event at Evolution Championship Series.

So, I've taken in quite a bit about what an enjoyable con experience is like and have talked to a lot of people about what they have liked at events. And yes, I know that my thoughts are subjective. But I think as a good continuation of "The Anatomy of a Good Event" I should go a little bit more in depth as to what I think an ideal Magic event would look like.

Understanding that Magic is About the Gathering

I think before we go any further on the topic - I want to touch on why I feel so strongly about a better Magic event experience. I remember how wild I thought my first Grand Prix was. I had been to a PTQ (Pro Tour Qualifier) before and was kind of shocked to see what I thought was a lot of people in one place to play Magic.

This was circa 2011 and during an era where PTQs only had a few 100 people in attendance. So, imagine my surprise when I got to a GP and was in a room with what was probably around a thousand players.

While I was there to play Legacy, I thought it was so cool to see artists available for signatures and to purchase their work, seeing a decent spread of vendors, and obviously side events to play.

At the time, because my car mates and I had only intended it to be a day trip, I thought this was decent enough for an event. Play the main event, buy some cards, get some stuff signed and maybe buy a print. Seems like a good day.

Where I'm going with this is that the coolest part of being at any Magic event for me has always been seeing so many people in one place who all like the same hobby as me, I'm sure those of you going to either Magic 30 or Magic Summit as your first large Magic events will understand what I'm saying. Heck, I'm sure veteran event goers are probably going to those events for this reason. There is a reason why PAX uses "welcome home" as one of its slogans.

When last I talked about making a better Magic event experience I talked a bit about what anime conventions get right about as an event to go to that Magic events could learn from. And when it comes down to it - I think anime events, and other conventions, do a better job of creating experiences that allow you to have fun and make memories.

What do I mean by that? Well, at a Magic event all of your experiences at the event are tied to playing Magic. So, if your games don't go well then your thoughts about the event are probably going to be soured as well. And yes, I am aware that hanging with the homies plays a factor, But I am focused on what you physically do while you're at the venue attending the event.

When attending other cons, there are other things to experience other than just playing games. I'll give an example of two cool experiences I had at TwitchCon this year and how we can build that into a Magic experience.

No, I am not talking about the foam pits. NYX Cosmetics had a booth where you could have a makeup artist "level up" your look. There were three levels each to pick for eyes, face, and lips. At the end of it, you got a random goodie bag filled with some product. Easily, at least $30 in value in makeup. Oh, and it was free.

Even light makeup touch ups at an Ulta or a Sephora can cost upwards of $40. We're talking about a, minimum, $70 experience at no additional cost outside of your badge purchase. And talking to the various folks who got to do it - it was a blast to see themselves with a new look and learn from an MUA.

The second experience is also a makeup one. Logitech had a huge section at TwitchCon made up of multiple different booths, each a different experience. One of these was in conjunction with Benefit Cosmetics. Again, you could get a light makeup touch up or mini makeover. In addition, you got free professional headshots taken.

You feel a little silly doing it but I saw so many people of all genders having a blast as the photographer hyped them up. The end results? Well, here is one of mine. 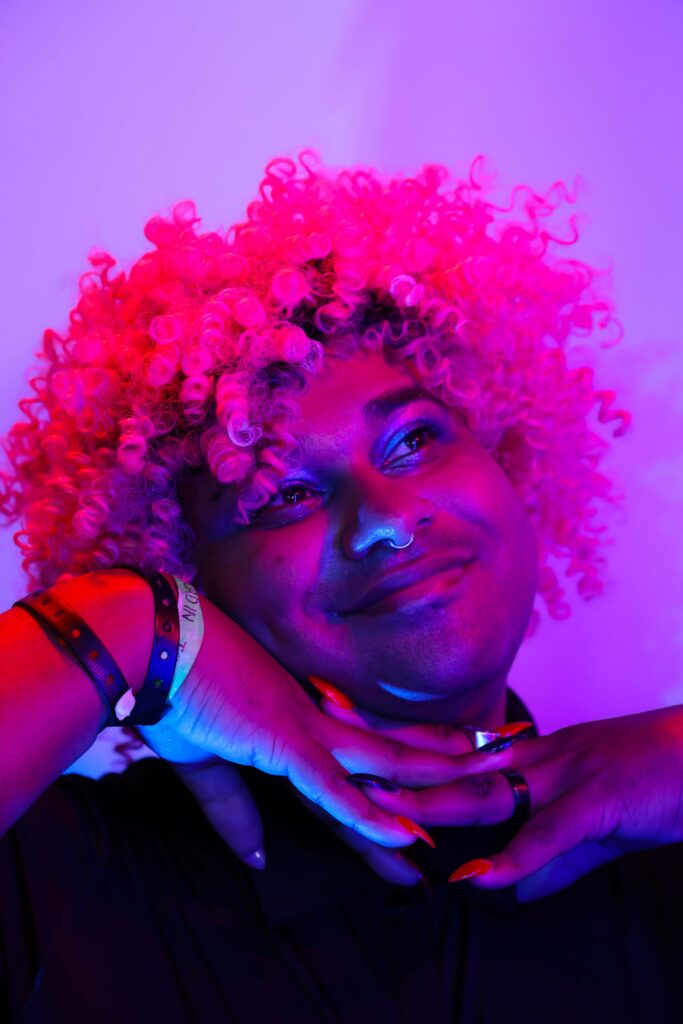 Now how do we apply this to Magic? Every plane we've been to in recent memory has had distinct looks to them and their denizens. Imagine a face painting and make up booth where you can ask for one of a handful of styles. Want Gruul tribal markings or a gothic Innistrad smoky eye? And when you're all done you can stand in front of a green screen or maybe a small set and have your photo taken.

Wizards of the Coast did something similar to this at PAX East one year for the release of Duels of the Planeswalkers. You went through this semi-interactive experience and at the end you could put on a prop Garruk helmet and hold his weapon and have a cool picture taken, I still have mine and I remember that PAX fondly because of it.

At a lot of cons, there are scheduled and unscheduled community meetups as a way to meet people who interact with your hobby in the way you do. These meetups range from getting to geek out with people of a similar identity as you, be it racial or sexuality or otherwise, to a hyperfixation like being a Vorthos.

Some of my fondest con memories are going to things like a Final Fantasy XIV meetup and just geeking out about how much I love playing White Mage or how obsessed I am with a certain fight that I end up spam queuing up for it. It's a unique experience to be able to talk with people who share the same passion as you do and just speak in all the jargon and memes that come with that hobby.

I don't know about you, but I unironically say F6 in conversation and being around Magic: the Gathering Online players definitely makes me feel a little more normal for doing so.

Translating this deeper to a Magic event experience ties into another example I've used. I think there are so many cool things Wizards has used for promotional purposes. Remember the 3D models LGSs got for the Kaladesh release that were different skyships and thopters? Or how about the new foil posters they give stores? I would love to walk through an exhibit of promotional material - released and unreleased - and get to experience it with other Magic fans. I want to experience someone gushing about seeing a part of the exhibit being from their first Magic set and see how special that is to them.

I want to go to a gathering of people who have done something hyper specialized with their EDH deck and listen to them tell me why their deck means so much to them. In turn, I want to show off one of my pet decks and tell them my stories. I want to feel that connectivity that only comes when you share a piece of yourself in a way that someone just gets. An experience that often doesn't need words; just vibes.

Where Do We Go From Here?

This won't be the last time I'll talk about building a better Magic event. I'll be at Magic 30 next weekend and will probably come back with some thoughts. Not critiques of Magic 30 though; I don't really think taking apart that event will be productive to the conversation I want to have. Maybe taking what Wizards of the Coast and ReedPop did with the event and building upon it.

I want to talk to more creators and people from the convention circuit and flesh out this idea of the ideal Magic Con. Maybe by the next time I touch on this, I'll even have a mock con schedule. Who knows?

What I do know is we deserve a Magic event that creates the experiences and memories that we can share and think on for another 30 years.

Beyond Rule Zero: Stories from the Road