This edition of AITB is brought to you thanks to pals finding this post on Reddit. Which means, first thing’s first: Shout out to everybody who has been recommending posts to me and commenting that the posters should email in to me for an article. It’s been really cool! I never know how many folks read this or who out there enjoys it, but recently, some folks have gone out of their way to let me know they’re a fan of the column. That rules so much and I appreciate it. Thank you!

That said, I hit Reddit on my friend’s recommendation and messaged this week’s potential Bolas, Zach.

(email edited for brevity and clarity)

TO MY NEW FRIEND MARK CARBONZA

Ok so as far as it goes, I was at an LGS this past Friday that I had only ever been to once before.  The games had gone well the last time I came in, so I was looking forward to some good games of Commander with Mono-Blue Toothy.  After some good games, most of the guys I was originally playing with had left and I joined another pod with two strangers who welcomed me to the table. Their decks were Lathril, Blade of the Elves and Thrasios, Triton Hero/Kodama of the East Tree, but both were elf decks.  The game started off fast.  One player had a Throne of the God-Pharaoh for most of the game, so life totals were low. It gets back to my turn and I am at 8 life. I will surely die if I do not win on my turn. I draw Leveler, the other half of my wincon combo in the deck, along with Laboratory Maniac.

It’s important to know a bit about boardstates now.  I had a Merfolk Looter, as well as an Arcanis the Omnipotent out since nearly the beginning of the game, as well as a few other creatures.  The player in question was playing the Thrasios/Kodama deck and had a Koma, Cosmos Serpent sitting on the board for a few turns now, occasionally tapping creatures pre combat. Because I know it’s now or never, I take the chance and cast my LabMan, ask if it resolves, and it does.  I then cast Leveler, explaining what it does (it exiles its controller’s library on ETB).  I asked if this resolves as well, which the table also allows.  The ETB trigger resolves.

It’s at this point that I announce that I am tapping my Merfolk Looter to draw from an empty library and win the game with the Lab Man.  In response to this, the player with Koma activates his ability, sacrificing one of his many serpent tokens targeting my looter, intending to tap it and shut off its ability to activate its ability.  “It resolves” I say then walk through the looter trigger resolving afterward, to which the Koma player stops me, saying “I stopped that ability with Koma you can’t draw a card from it.”  At first I was confused. I had never really had a rules dispute. I figured out a way to explain it to him.  I asked to look at Koma, and confirmed that its ability taps a creature and prevents its abilities from being ACTIVATED, not from being RESOLVED.

I tried to explain to him how I am at the point in my combo where his Koma ability can’t meaningfully interact or stop me, and that no matter what, Koma will not be able to stop my creature from getting an activation, whether he activates Koma first or I activate my looter first, trying to explain first in last out to him.  He started getting visibly agitated at this point, citing that he had played in the beginning but had stopped, and had come back during Amonkhet, about 4 years ago now, and that he knew what the rules were and he knew how his cards worked.

Before this point, I would have been open to the idea of a slight rewind, if I felt like he understood why that line of play would not work, and how if he had activated Koma at any point on my turn prior to the Leveler ability resolving, that he would be able to stop me.  He is adamant now that Koma is able to stop abilities after they are attempted to be activated, and starts packing his stuff up, saying “It’s clear you just want to win and aren’t listening.”  I was dumbstruck at this point, not knowing how to handle the situation with someone who so clearly is not interested in playing right, only being right.  I tell him I’m not “just trying to win” I am trying to play by the rules as they are supposed to work.  He said, ” This is just a friendly game of Commander but it seems you’re much more interested in playing to the letter of the law.”  This whole time the other player at the table has remained silent, so I look to them for a bit of support or just their input, but they wouldn’t say anything one way or another.  I was left feeling discouraged, as I had no idea what more I could have done in this situation, having never dealt with a player who was this stubborn before.

So Mark, Am I The Bolas?

I’ll tell ya what, bud. You’re in the clear.

You demonstrated that you understand the rules and how the stack works. You’ve clearly outlined how your combo works and stalled at the window the Koma controller had to respond to Leveler. You gave him a chance. And when he continued to play the card incorrectly, you explained the interaction well and communicated that you’d been okay with walking back the play, but he didn’t accept. Not to mention the implication that a “friendly game of Commander” somehow also means that the rules of the game don’t matter?

This reminds me of a time when my old roommate mentioned that the guys that work with him at the restaurant played Commander when it was slow or after their shift. He said they’re coming over for beers the next week and told them about me, they’re bringing their decks. So at about midnight one night, they showed up. I pulled out my mid-power level deck. Just a fun casual deck that makes a bunch of tokens and swings. Easy deck to play while having a jokey time with new pals who are casual kitchen table players.

The first turn, one player on Naya Dinosaurs played a Gruul Turf, tapped it for two for a Signet, bounced the Turf back to hand then passed. I explained that that’s not how the land works. It enters tapped which means it cannot be tapped for mana and if it’s the only land out, you HAVE to bounce it back to your hand, which means you can’t play a signet and you basically wasted your first turn and your land drop.

The loudest of the bunch (and honestly the only dude I didn’t like haha sorry if you’re reading this, man. Terrible first impression!) pipes up and challenged me on this. I explained that had this been the way it worked, it would be on par with a repeatable 66% version of a Black Lotus which is nuts. He kept insisting that I was wrong. I walked through the card and explained that entering tapped is not something that hits the stack, but he kept resisting. I guess that’s when I started to explain that I have been playing since I was 10 so that’s at least 15+ years of experience of playing Magic, I’ve basically made my life about stand-up comedy and Magic. I have played in store tournaments, I’ve acted as a judge in a pinch for pals’ store events. He still didn’t care. At this point, some jackass I didn’t ask to play against is in my home, telling me I’m wrong about something I know very well.

The next two things I did was I showed him a copy of Amulet of Vigor and – this is what should be done in the face of this kind of dispute especially if the person is levying accusations against your integrity – pulled up the judge chat. I asked the judge the question and was kind of  hoping for an “are you serious?” reaction, but they were very kind and gently about it explaining that I was correct.

The best thing to do is chat with a judge when available for a rules dispute when nobody is willing to concede their position. Ask a judge on judge chat where people are literally waiting for you to get some rules clarified. They are well versed and completely knowledgeable of the extremely complex interactions that happen in this game we love. 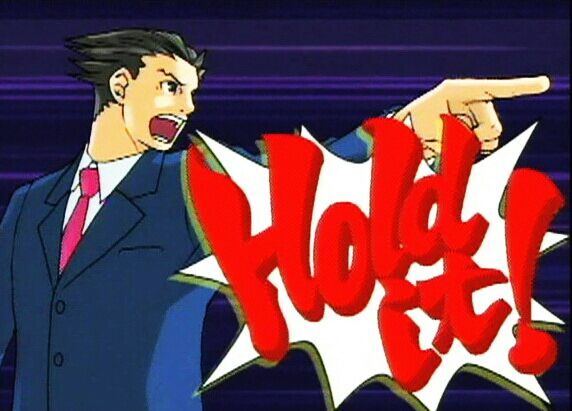 You’re telling me that Lathril, Blade of the Elves player just sat there and didn’t get involved? I’d assume that if they also understood the rules and the stack, the right thing to do would be to explain that you’re correct. If anything, they could have suggested asking a judge. You’re at an LGS after all, maybe an employee knows how the game works. I think Lathril player could have definitely stepped up and their silence is reminds me that the Bolas cards don’t make noise either.

Hold it up to your ear, tell me I’m wrong!

All this to say, both players did something I disagree with. I hope I’m teaching you about judge chat and that you use this resource as much as you need it!

Thanks again for reading! I really appreciate, as I mentioned up top, everybody who has said kind words and told their friends and recommended sending stories my way and tweeted about it or upvoted on Reddit. Thank you to everybody who has supported this column that I really enjoy writing. Love you all, please be nice to each other 🙂