Image from The Little Mermaid © Disney

Welcome to Alter of the Brewed, the article series where we build the most thematic Commander decks on the seven seas. This week we're helping Tuvasa the Sunlit realize her dreams of becoming a part of the human world as we build a deck to emulate the story of Disney's The Little Mermaid. Anchors aweigh!

I Want To Be Part of Their World

The driving force of The Little Mermaid's plot is Ariel's admiration of the human race from afar. While some stories tell us "Be yourself!", others tell us it's okay to want something different for our lives, and maybe following our hearts to something new will turn out to be everything we'd needed, so this week, we recreate this feeling in deck form by building Tuvasa the Sunlit... Human tribal.

What does Tuvasa have to do with Human tribal? Well, on her face, nothing. That's the fun. Our goal in thematic deck building is not to force round pegs into square holes, but to solve the puzzle of making these decks function and shine with flavorful theme. With as many cards that exist in this great game, the answer is almost always there if we look hard enough.

And the fact that we have to do a little bit of work to make Tuvasa synergize with Human tribal makes this theme that much more potent. This deck isn't just about The Little Mermaid, but if we have to do the work of seeking out the answers to make Tuvasa Human, it's going to feel like The Little Mermaid. We want, if possible, for playing out this deck's gameplan to feel like the unfolding of the familiar story, and somehow balance that goal with creating a deck that can function and hold its own in a Commander game.

In this case, first we'll investigate enchantments that synergize with Humans. This will be the most direct benefit to both our commander and the Human tribe. To do this, I did a couple of Scryfall searches:

These will give us all enchantments in our colors that either reference Humans directly in their rules text, are actually Humans themselves, or care about a specific chosen or shared creature type. These searches gave us an enormous starting point for our deck.

The most important, though, are the cards that will turn Tuvasa into a Human. We'll get into the strategy later, but this is, of course, the focal point of the plot.

Before we hit the grit of strategy, first let's take some time to really hammer out some thematic home runs. These are fun to come up with, but they're also important if you bring these decks to a real game. We want to facilitate those moments where our opponents can connect the dots on their own, or have their own Aha! when you point out the analogy. The magic will crumble if our opponents think we have a thin thematic mask over what is actually a tuned victory-focused deck underneath.

Here are my picks for clear 1-for-1 analogies. Do you have any ideas of your own? 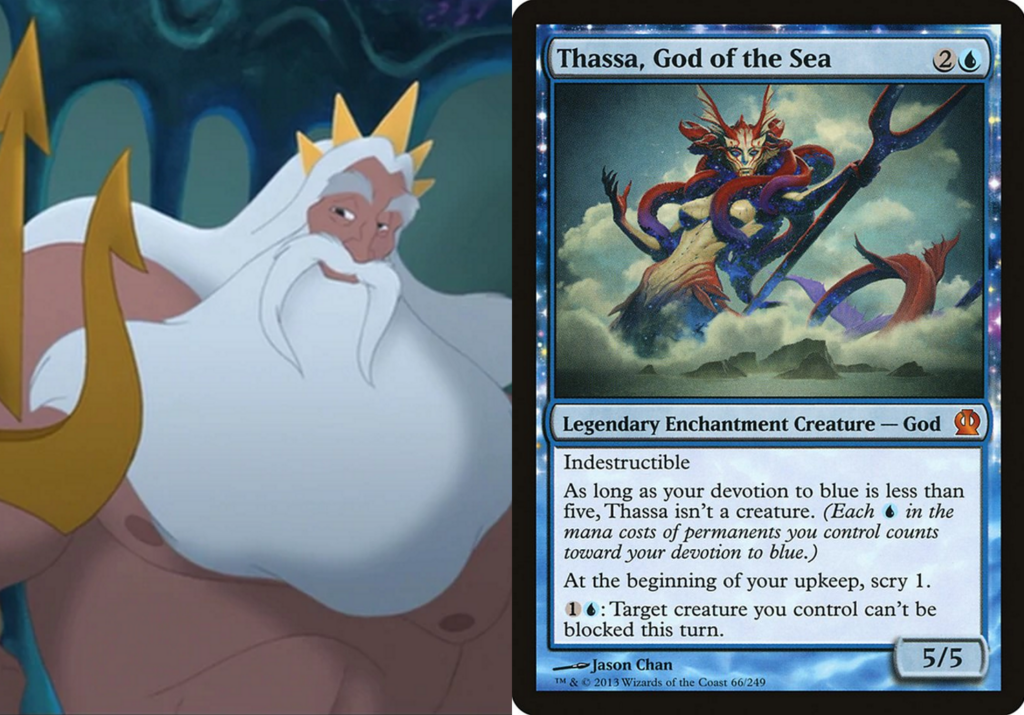 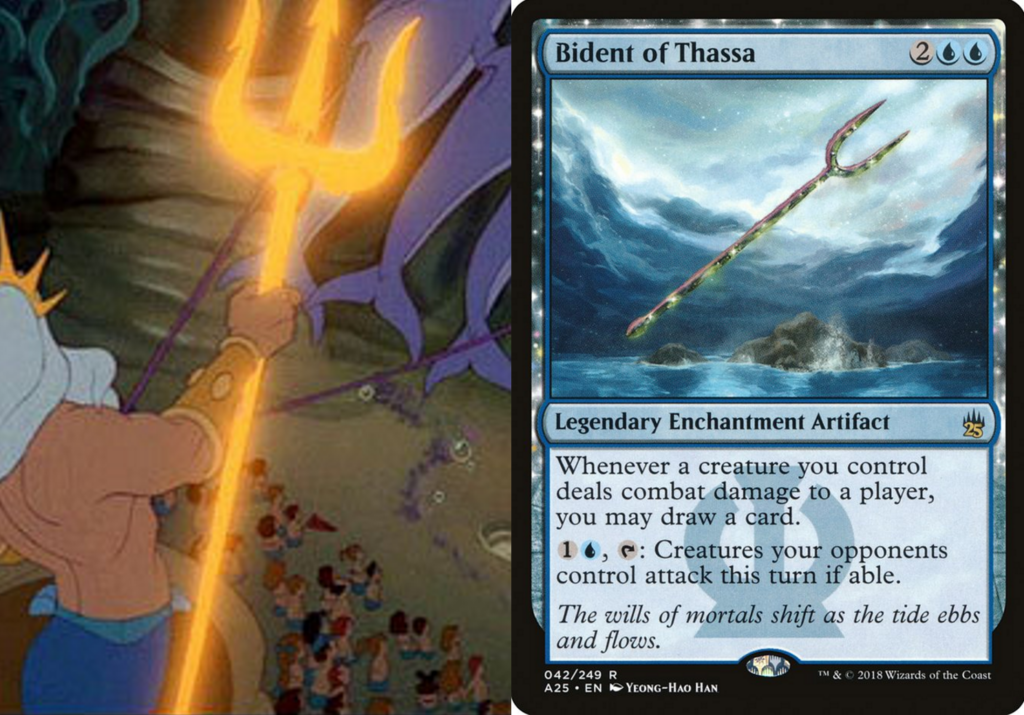 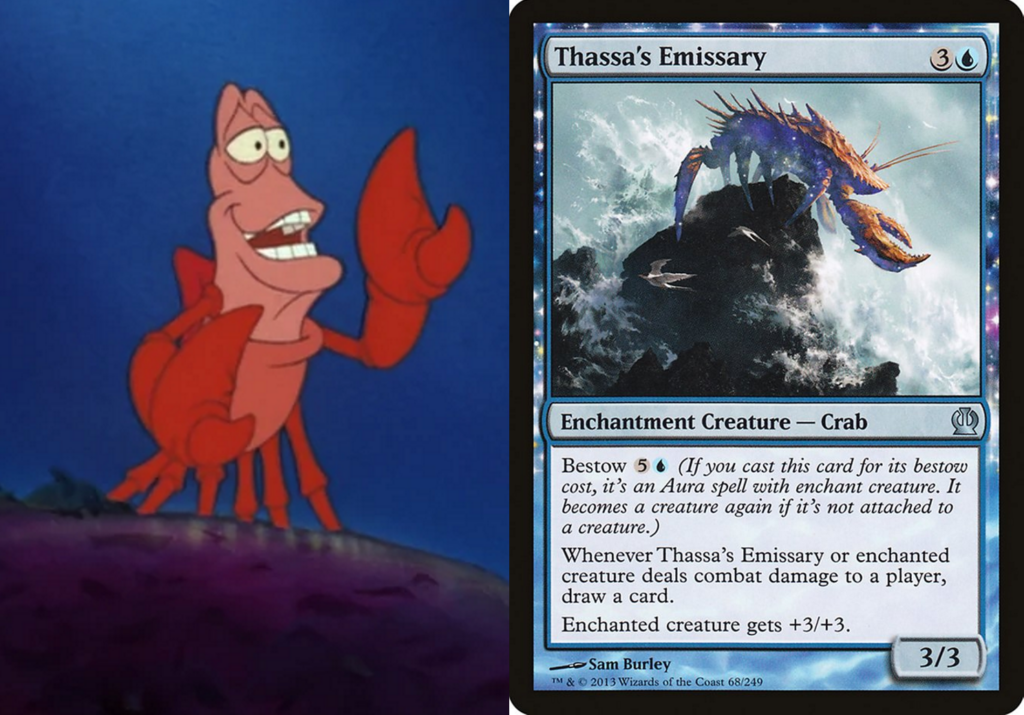 Flounder | Sleep with the Fishes 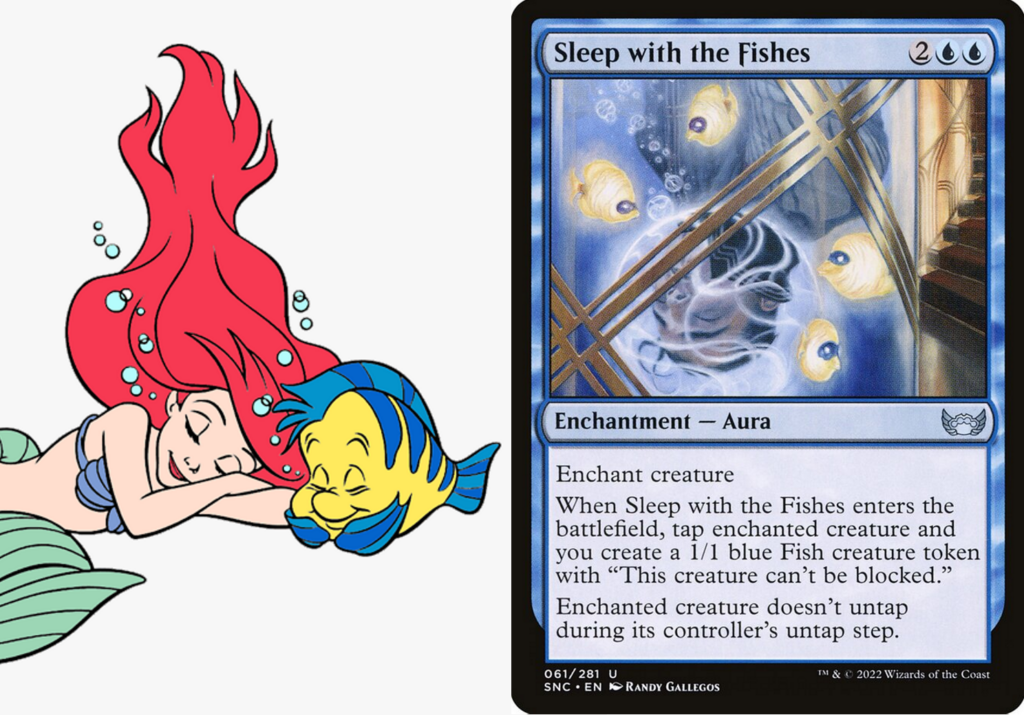 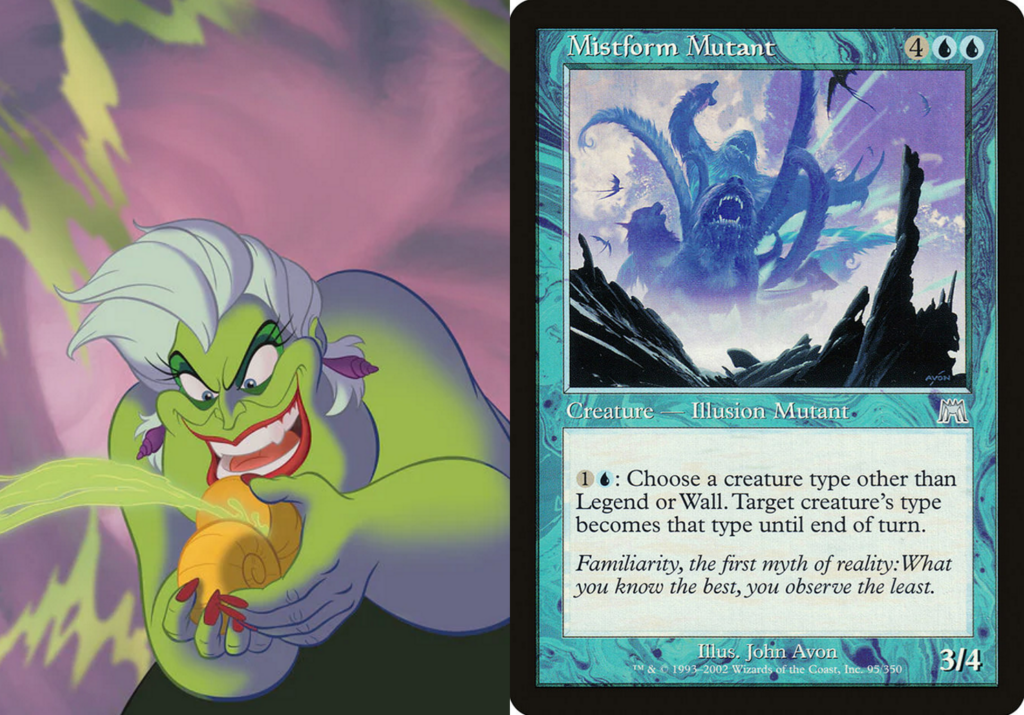 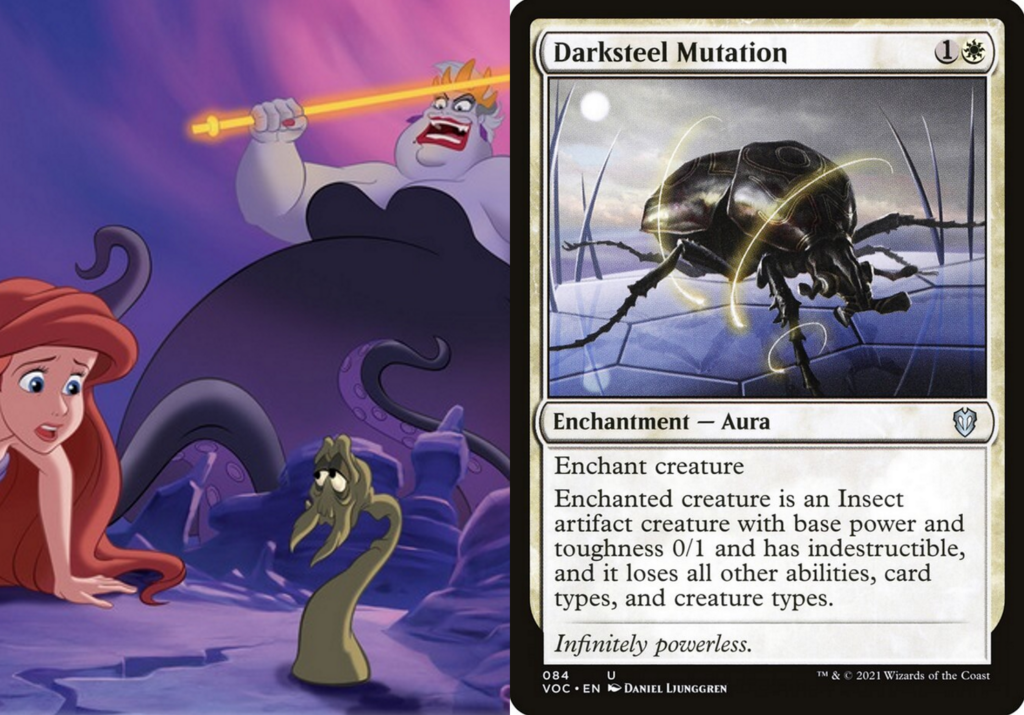 Getting in the Diver's Seat

Now that we understand what this deck is trying to communicate, let's tackle how we actually pilot it to victory.

Use Tuvasa the Sunlit as early card advantage rather than a wincon.

Don't be too precious with your Tuvasa early. At only three mana, she can get you drawing cards very quickly, and if someone points removal at her, well, good. As long as you've drawn one card from her, you're at very least trading 1-for-1, and they might very well find themselves wishing they had saved that removal for something scarier later. Tuvasa's job is to help you dig through cards and find a way to become Human. How fitting.

Flood the board with Humans.

This is a go-wide strategy. Our Human "lord" effects give small advantages to all Humans, meaning the more Humans we can get into play, the more advantage we accumulate. Get such a party going that your opponents will wish they were a part of your world.

Get some scary Human synergies going.

Once you have a high enough quantity of Humans, start pressing into raising the quality of those Humans. I do not recommend this philosophy for your own personal family planning.

Drop something that turns Tuvasa into a Human for huge commander damage.

Once you have several benefits on board, your Tuvasa is not only going to come down as a huge threat because of your enchantments on board, but she'll also soak up all those sweet lord effects if you can make her Human. She'll be an enormous impact that you'll always have access to late in the game, and if you've already succeeded at turning her Human, maybe your Sigarda, Heron's Grace or Thassa, God of the Sea won't mind becoming one, too.

Win with an army and/or an enormous commander!

Your opponents will have to choose between being more afraid of your army of Humans or a giant, swinging commander. Make that choice difficult for them.

Now it's your turn to give it a go. If you get a chance to test my list, I'd love to hear what you think, and if you've got a keen eye for theme, tell me how you would make this deck feel even more like The Little Mermaid in the comments below.