Welcome back to Sphinx’s Tutelage! In this week’s installment, we’ll finally be looking at master of multiplication itself, Orvar, the All-Form. There’s a lot to go over this week, so let’s right into it.

*Nothing against Mistform Ultimus, of course. Great card, seems like a nice person. I'd grab a beer with them, but you know, Orvar is just... better.

The Rules of Making Copies

Most of the rules for making copies are contained in rule 706 of the Comprehensive Rules. I’ve included the parts relevant to Orvar’s abilities below.

706.2. When copying an object, the copy acquires the copiable values of the original object’s characteristics [...] as modified by other copy effects, by its face-down status, and by “as ... enters the battlefield” and “as ... is turned face up” abilities [...]. Other effects (including type-changing and text-changing effects), status, and counters are not copied.

706.2a A copy acquires the color of the object it’s copying because that value is derived from its mana cost or color indicator. A copy acquires the abilities of the object it’s copying because those values are derived from its rules text. A copy doesn’t wind up with two values of each ability (that is, it doesn’t copy the object’s abilities and its rules text, then have that rules text define a new set of abilities).

706.2b Once an object has been copied, changing the copiable values of the original object won’t cause the copy to change.

When you make a copy of something, you’re basically copying the card as printed or the token as it was created if you’re copying a token. The main exception to this is that we look at any effects making the thing we’re copying a copy of something else too. So, for example, if we use Clone to copy a Sculpting Steel that’s a copy of a Blightsteel Colossus, we get another Blightsteel Colossus, not another Sculpting Steel. However, if the original copy effect granted extra abilities, such as Gigantoplasm, the copy of the copy will have the same extra ability.

A permanent being face down and thus losing all of its inherent copiable characteristics will also modify how a copy of it will look. Note that the copy won’t be face down, it will just have the same characteristics as what it’s copying, which usually means it will be a 2/2 creature with no abilities. Once a copy is made, modifying the original thing won’t change what the copy looks like.

706.8. When copying a double-faced permanent, a face-up meld card, or a melded permanent, only the copiable values of the face that’s currently up are copied.

These rules further clarify how making copies works. You get all choices and enters-the-battlefield triggers for whatever you’re copying and you only copy the face of the card that’s currently face up if it’s a double-faced card or meld card. For example, if you make a copy of a Curious Homunculus, it's just a copy of the front face and it won't be able to transform when its trigger resolves.

Orvar’s triggers are a bit more complicated than just giving you copies of things you control, so let’s take a closer look and see if we can work through them together. Orvar’s first trigger says:

Whenever you cast an instant or sorcery spell, if it targets one or more other permanents you control, create a token that’s a copy of one of those permanents.

This ability trigger whenever you cast an instant or sorcery that targets a permanent you control other than Orvar. The trigger doesn’t target anything, so you don’t have to choose what you’re going to copy until the trigger resolves. The wording of this trigger has a few implications: First, if the target of your spell is changed before the trigger resolves, you’ll make a copy of the new target rather than the original one. Additionally, if none of the targets for the spell are legal when the trigger goes to resolve, probably because they left the battlefield, the ability won’t do anything because its “if it targets” clause is no longer true and thus the conditions for the trigger are no longer satisfied. It’s also worth noting that Orvar’s trigger resolves before the spell that triggered it, so that spell won’t have had any effect yet. For example, a token copy of Archaeomancer can’t put the spell back in your hand because it’s still on the stack.

Orvar’s second trigger is a bit more straightforward. It says:

When a spell or ability an opponent controls causes you to discard this card, create a token that’s a copy of target permanent.

This trigger doesn’t have any pesky intervening-if clauses and it has a target, so nothing tricky is going on here, but it’s important to note that it can make a copy of any permanent, not just permanents you control.

Now that we know how copying things works and how Orvar’s triggers work, let’s move on to the tools an Orvar deck uses to make these copies. One of the easiest ways of getting copies of permanents with Orvar is to use cheap targeted instants and sorceries with buyback, such as Whim of Volrath, Mind Games, and Clockspinning. Let’s take a peek at the rule for buyback.

702.27a Buyback appears on some instants and sorceries. It represents two static abilities that function while the spell is on the stack. “Buyback [cost]” means “You may pay an additional [cost] as you cast this spell” and “If the buyback cost was paid, put this spell into its owner’s hand instead of into that player’s graveyard as it resolves.” Paying a spell’s buyback cost follows the rules for paying additional costs[.]

Paying the buyback cost of a spell creates a replacement effect that changes where the card goes when it finishes resolving and would go to the graveyard. The spell has to resolve in order to return to its owner’s hand, so it’s most vulnerable while it’s on the stack.

In order to stop a buyback spell from going back to its owner’s hand, you can counter it, of course, but in the case of the spells Orvar is casting, you can remove all of its legal targets before it resolves. This has the dual effect of both causing it to fail to resolve and go to its owner’s graveyard as well as nullifying Orvar’s own copy trigger as explained earlier.

What works with Orvar EDH?

I’ve already spent a lot of words just explaining the rules side of things, so I won’t spend a ton of time on talking about cool things you can do with Orvar. If you want inspiration for that, check out Commander Mechanic’s great video about his own Orvar deck here.

One thing I will point out is that Orvar’s second trigger usually goes ignored in all these crazy shenanigans. I mean, sure, it relies on your opponents making you discard cards, and on Orvar being in your hand to discard, but that doesn’t mean we can’t have some fun with it. Here’s how you can be extra annoying against your opponent’s Tinybones, Trinket Thief discard deck:

I’m sure there are other fun ways to make use of this trigger against discard decks, such as with Sanctum of Eternity, but I’ll let the heavy-duty deck brewers ponder on those ideas.

What doesn’t work with Orvar?

Unlike Obeka in my first article, there don’t appear to be any misses on Orvar’s EDHREC page, so I’m just going to use this section to remind you about some of the limitations of Orvar’s abilities: 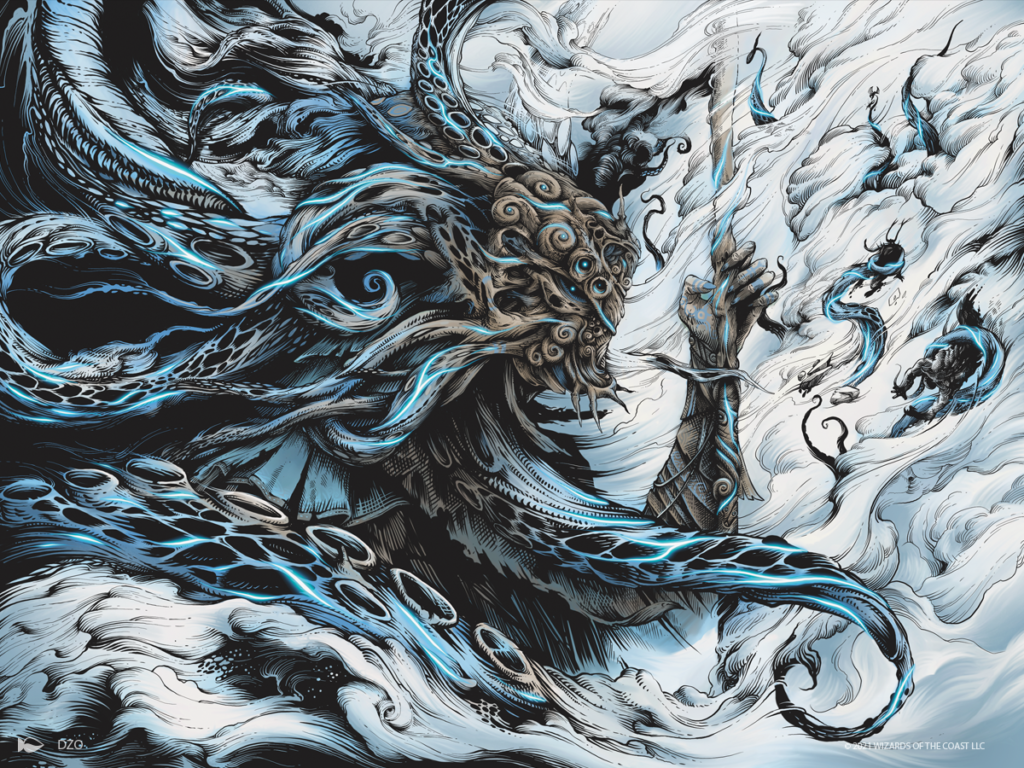 I think I’ve written enough copy for this article, so I’ll just wrap things up for now. I hope that you’ve enjoyed this exploration of our spectacular, tentacular friend. Please let me know what you thought in the comment section below or on twitter @JqlGirl.Please also get in touch if you have any questions or any ideas for future columns. Until next time, stay safe and healthy and remember that Orvar says you can’t have too much of a good thing.

Sphinx's Tutelage – Professor Ruxa and the Problem with Nothing