Image from How To Train Your Dragon © Disney

Welcome back to Alter of the Brewed, the series where we brew up the most thematic decks in the multiverse. Today, we're uniting humanity with their wild dragon foes, hoping to overcoming our enemies with the winged whimsy of Dreamworks' How To Train Your Dragon. Saddle up!

If you're less familiar with the film How To Train Your Dragon, let me hit the important story pieces for our purposes. Dragons and humans have been warring for generations, and the most honored heroes are those who slay these beasts. But our protagonist, Hiccup, finds another way. He discovers that these dragons are, in fact, able to be befriended, and perhaps humanity's best way forward is befriending the dragons rather than endlessly warring against them. While at first very controversial among the humans, unity prevails in the end.

Speaking of which, let's take a look at Sylvia Brightspear and Khorvath Brightflame as Hiccup and Toothless: 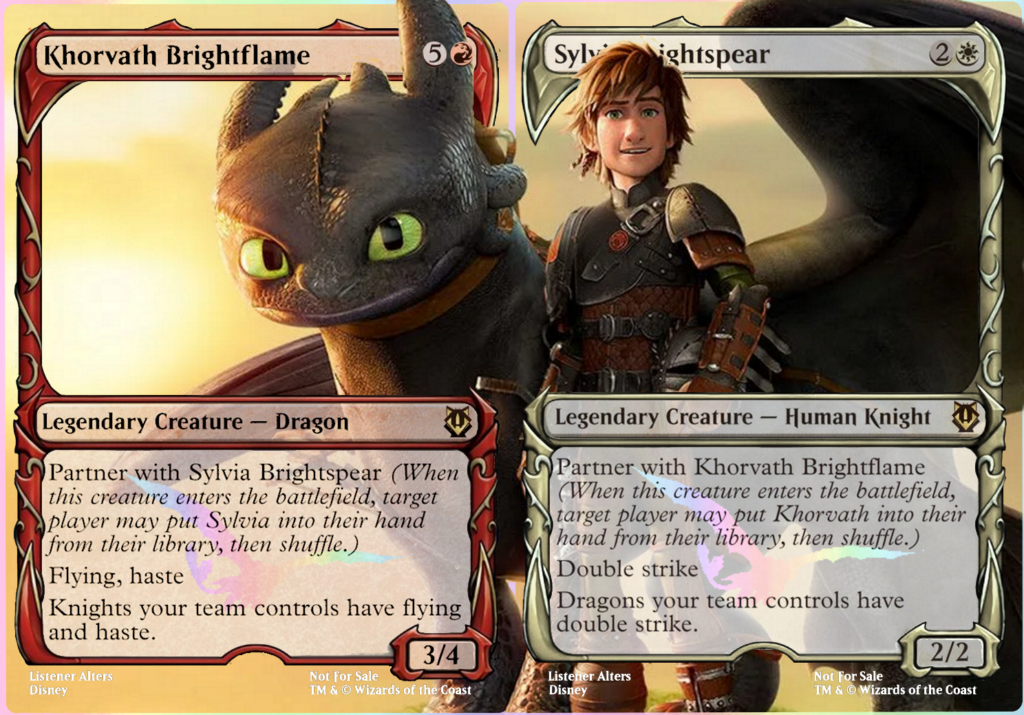 In order to build a deck that feels like How To Train Your Dragon, I wanted us to lean into this story's conflict. It would be easy enough to build some kind of Dragon/Human tribal hybrid, but how can we communicate a story of warring factions and work throughout a game of Commander to bring these two sides together to create a greater force than ever before? I believe the answer lies in seeking out one of these two cards:

If we can find one of these cards, suddenly our seemingly incompatible halves become united, strengthening each other. To really drive this point home, you'll see that most of my Knight and Dragon inclusions come with some sort of reference to a specific creature type in their textbox. This is intentional: while each card may generate power and value from certain tribes or colors, eventually, every creature will be working in tandem. In other words, just as in the film, unity proves to be the best way forward.

When reflecting on How To Train Your Dragon, it occurred to me that there are fewer significant named characters than in universes we've covered in previous Alter of the Brewed articles. This is an exciting change, because it forces us to find as many thematic parallels as we possibly can elsewhere when a few particularly strong analogies can normally carry the load. In fact, I think this may be our most thematic deck to date, as every card chosen (apart from maybe our mana rocks and lands) has a narrative reason for inclusion. If you're a fan of the film, I'm sure you won't have any trouble spotting them. 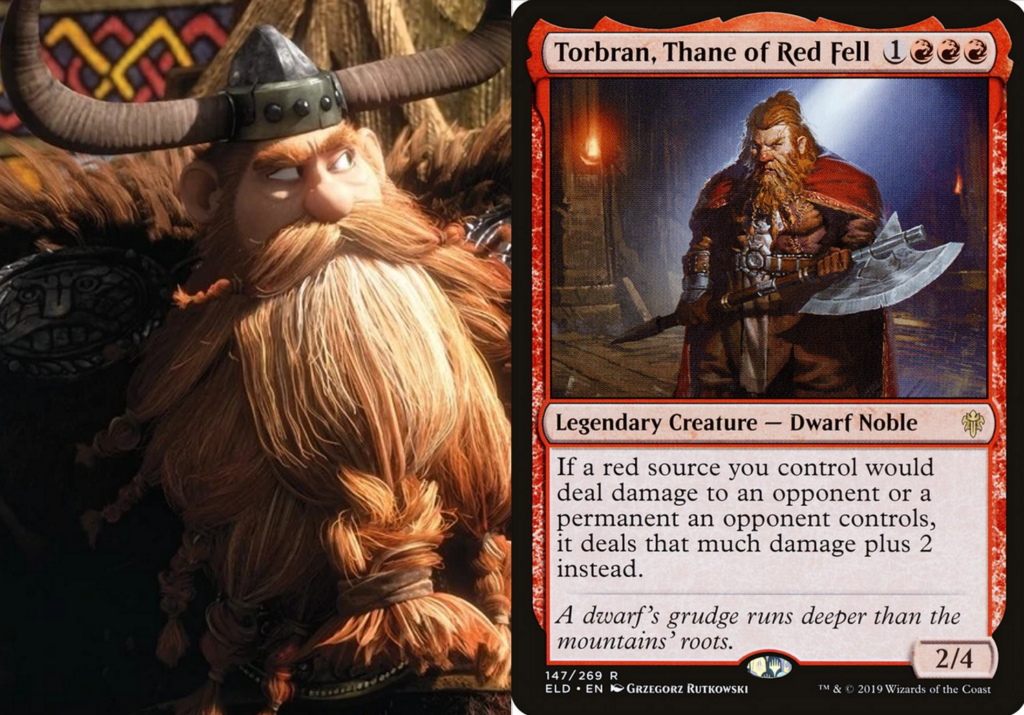 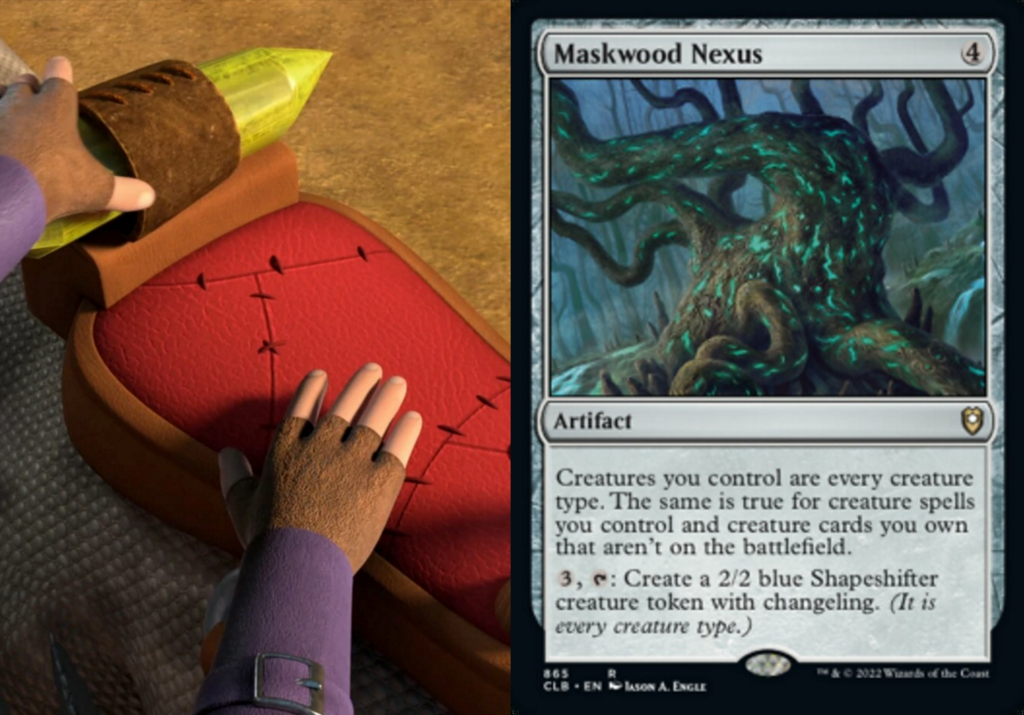 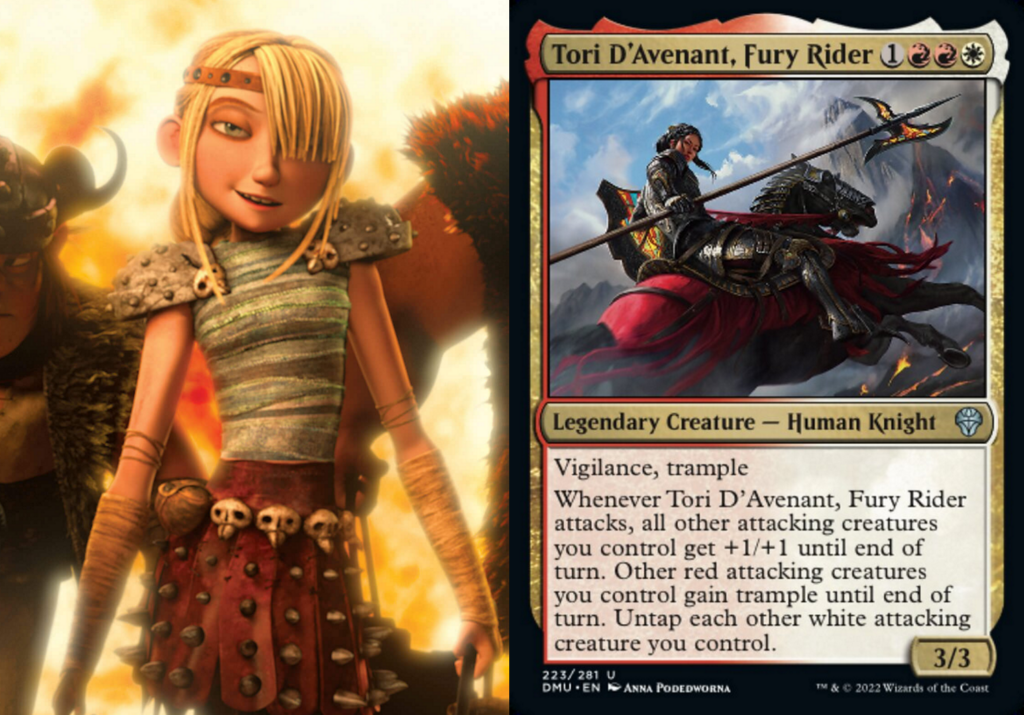 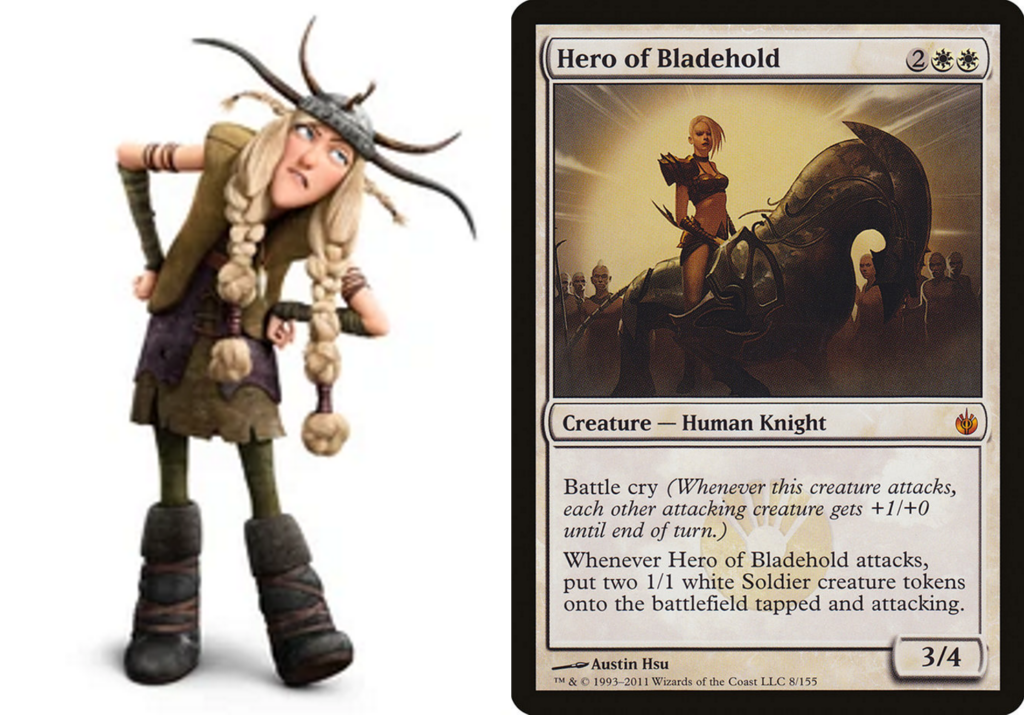 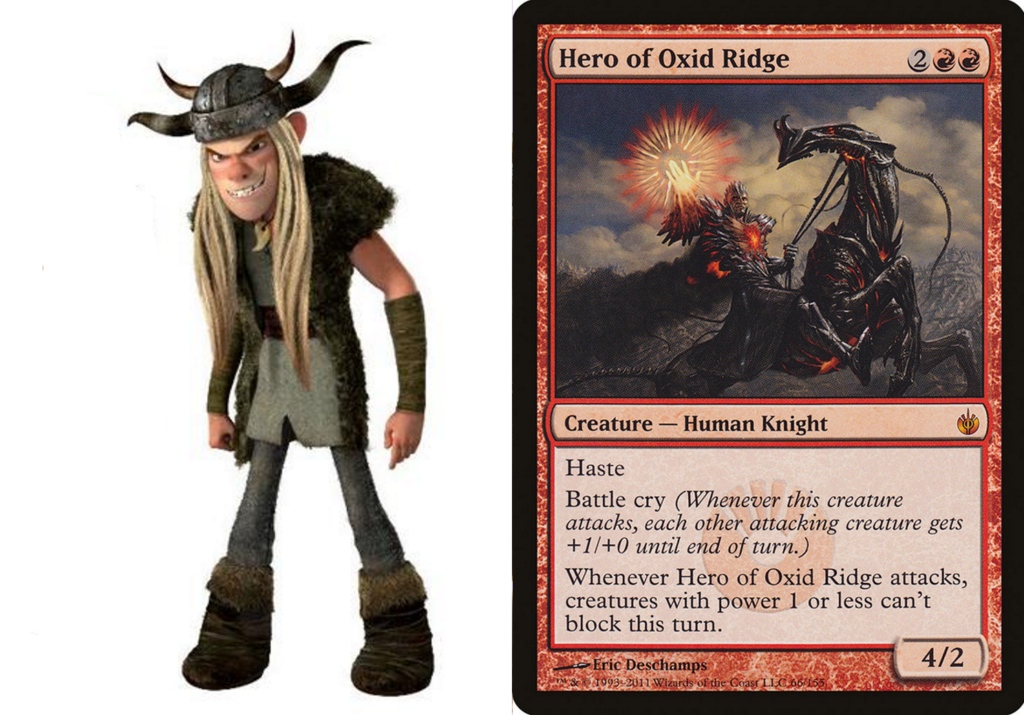 Hopefully all this juicy theme comes shining through, but now, how do we pilot Sylvia & Khorvath to an actual in-game victory? Here are a few important gameplay priorities to have in mind.

1. Always be searching for an end game that includes Maskwood Nexus or Mirror Entity.

Sometimes big flying Dragons will get the job done on their own, but what takes this deck from big beaters to "whoa, that was nuts!" is getting several overlapping tribal effects on board simultaneously. There happen to be several ways to search up these cards that still fit within our theme, which is very satisfying.

This deck has plenty of heat, and the Dragons and Knights are relatively interchangeable. Don't be afraid to toss a few in the bin early to a Cathartic Reunion or the like to draw into cards you can cast sooner. Down the line, you may even be able to cheat a few juicy targets into play with Profound Journey.

3. Be patient, and wait for your time to strike.

Sometimes the best move is to get in with your flying, double-striking team while you can, but many times, I find I succeed more when I wait for the right moment before I make enemies. With Khorvath Brightflame supplying haste, explosive potential late-game with cards like Mirror Entity, and a sort of out-of-nowhere comboish finish with enough lord effects, like Lathliss, Dragon Queen, your best move may be to wait for the right moment and take out a player or two very suddenly.

I have to admit, I'm proud of how this deck has shaped up. I believe the deck's best plan of action is in line with the narrative of the film How To Train Your Dragon. Sure, the Knights and Dragons can be powerful enough on their own, but how much more so can they be if we can unite them under one banner?

Have I missed anything? Please let me hear in the comments if there are any thematic home-runs I've overlooked. And like always, this decklist is now viewable on my Moxfield page, and soon I'll post an Archidekt folder where you can see them all in one place!