Welcome back once again to the Commander’s Herald weekly update, where we keep you abreast of all the events over the past week. This week was fairly slow in terms of news and events with Strixhaven: School of Mages being released last week. There were a few happenings though worth keeping an eye on for Magic: The Gathering, starting with seeing more of Post Malone in MTG.

Post Malone has long been known for being active in the gaming community. “Posty,” has been known to appear at various local game stores and gaming events on his own time. A Post Malone MTG appearance on Command Zones’ popular Game Knights series would be one of the biggest celebrity names to be seen playing Magic. While Danny Trejo and other celebrities may get into the game, Post Malone would stand far ahead of others.

In Hasbro's First Quarter earnings call this morning, CEO Brian Goldner said that Wizards of the Coast and Digital Q1 revenue was up 15% year-over-year. #MTG

This is the first time Hasbro is reporting its earnings in its new structure, with Wizards as a division of Hasbro.

With Wizards of the Coast being reported as a new division of Hasbro, it was interesting to see how the first fiscal reporting cycle went. Previously Hasbro had treated and handled WotC as a subsidiary, a separate legal entity operating under the supervisor of Hasbro. Late 2020 Wizards was moved and treated as a division within the Hasbro umbrella of companies. The shift sounds small but is considerable when it comes to corporate structure. The move also indicates that Magic being the flagship intellectual property of WotC will be receiving more support both financially and with manpower than in years past.

Kaldheim is kept up with the trend for every set after it was revealed to be the best selling winter set in Magic’s history. Momentum seems to be the name of the game with new Magic sets. Each set continues to break the records of years past with the constant growth of the game. Magic Arena launching a mobile version was the next step in continuing this growth. This keeps it up with other competitors such as League of Legends’ Wild Rift mobile game. 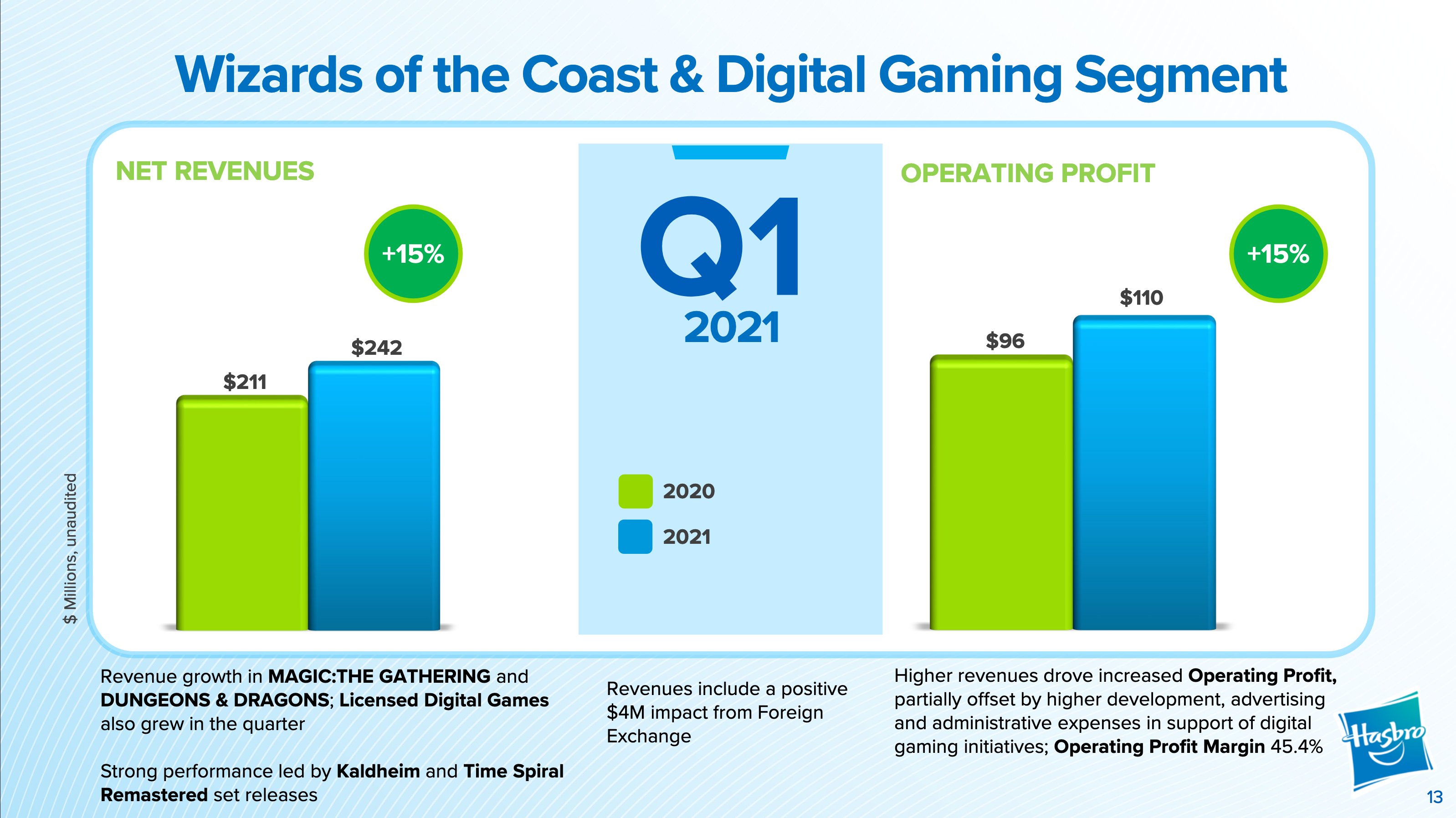 The update mentions increased operating profits which offset the increase spending on the development, advertising and administrative costs over the quarter. This could show a correlation between the Kaldheim marketing campaigns like the metal music scene appealing to incoming players. Hasbro seems to be resonating with the player base both recently exposed to the game and invested players alike. Efforts to make Commander the flagship format are paying off and the expanded preconstructed deck offerings continue to show this.