During the week leading up to this article, one of the deck builders asked me a question I never really considered before: “What if someone else chooses the same commander as me?” When I make these challenges I usually try to make any challenges related to the commander as broad as possible so that doesn’t happen, but there might come a day where there is an overwhelming favorite that everyone wants to build. It could also be that the other challenges lend themselves to being more suited towards that commander and their abilities. If the situation ever arose where two people built the same commander, I would still accept both of the decks, because odds are they are different enough. We, as deck builders, each have our own biases and particular ways of constructing our decks, so even if the challenge was to use the same commander, I am sure the decks would be different enough to still be “unique”. An interesting thought experiment for sure, and as with what I said last week about Planeswalkers, a challenge that may appear in a future article.

Last week we had Cody and his Shanna, Sisay’s Legacy humans deck up against my Thalisse, Reverent Medium tokens, and you said… 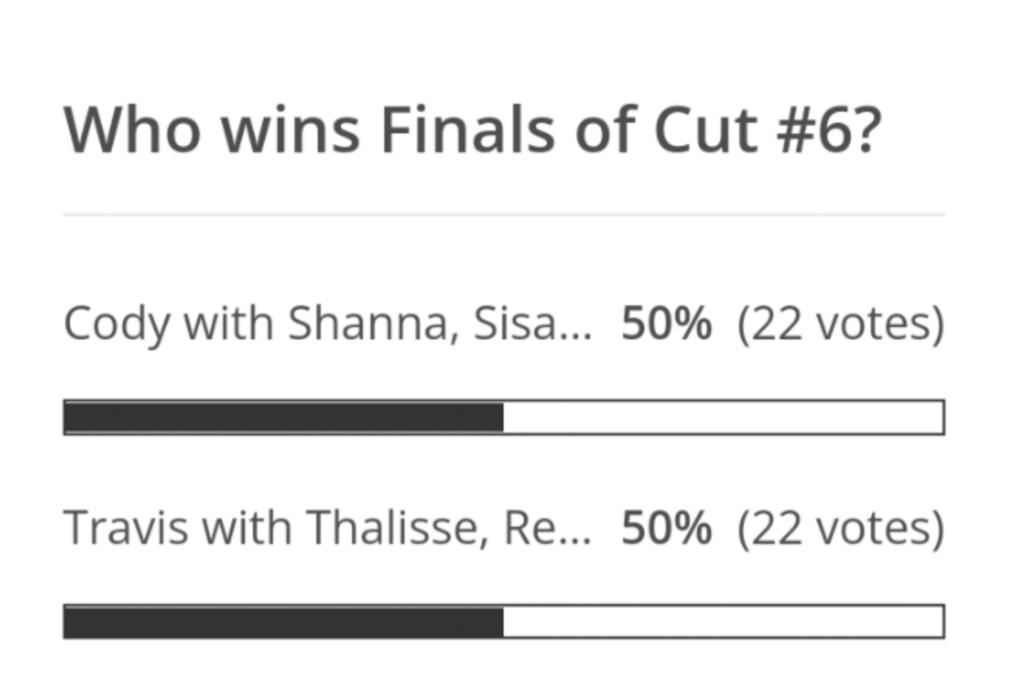 Regardless of who won, I believe it would be unfair for me to win the prize (conflict of interest and all that) so congratulations Cody, you have won your deck! Hopefully this deck turns into a staple deck for you, and take good care of it! Thank you so much for participating and I hope to see you again on Cut!

Today’s article is a special one indeed, we are featuring writers from EDHREC and Commanders Herald. For those of you who need a little reminder of what the challenges were:

First up is Lenny, you may recognize him from his “Power Sink” articles on EDHREC!

For my midnight challenge I went with Dennick Pious Apprentice/Pious Apparition.

Dennick’s apparition side was more compelling and really speaks to the cards Fleeting Memories, and Grinding Station which can replace the clue we sacrifice with them if we can mill a creature. Since Dennick is limited to making one clue per turn we can’t use this to combo off, so instead I went with a self-mill and reanimator strategy. While black is often lauded as the best reanimation color, white is very good at it and there are some juicy targets in the Azorius color combination.

Unfortunately, Dennick’s front side directly works against our strategy so getting him to the graveyard is priority one. Casting him early and running him headlong into bad attacks isn’t the worst proposition thanks to his lifelink, but I really don’t want to rely on that. To put Dennick in the ground I’m running a few sacrifice outlets. There are precious few of these in Azorius, especially when restricted to the Modern legal card pool. Thankfully Altar of Dementia saw a reprint in Modern Horizons. Drowned Rusalka which can also help filter through the deck and pitch a reanimation target. Trading Post provides a ton of options and notably a way to recur artifacts.

Once the graveyard is stacked, cards like Karmic Guide and Late to Dinner can pull out threats. Emeria Shepherd is not only a flying beater, but an incredibly powerful recursion engine. Since I had to represent all card types, I added some spell recursion as well. Scholar of the Ages can return two spells to hand, including the spell used to recur it, while Diluvian Primordial can cast spells milled by opponents. Sun Titan is present to retrieve things from the lower end of the curve. Pull from Eternity is a neat little trick to put the commander back in the graveyard after it gets exiled due to the disturbed ability.

I’m also using a few cards to get some more utility out of the clue tokens we are making. Nettlecyst can make one creature huge in this deck and pairs well with either side of Dennick. Mechanized Production can win the game with enough clues on board which can be great if the combat plan isn’t working out. Tamiyo’s Journal not only makes clues, but can function as a repeatable tutor. Junk Winder can tap down a permanent each time a clue is created. Finally clues can be made into creatures with Workshop Elders, The Antiquities War, and Rise and Shine.

Great stuff Lenny, hopefully Dennick can lift the readers spirits and vote you to the next round!

Next we have Jake FitzSimons, you can catch Jake’s ”Revising the Rules” articles here on Commander’s Herald!

The Frontline With Adeline

When Travis told me what the conditions for this week’s deckbuilding challenge were, I decided to add two of my own – make it mono-white and make it powerful. Those two conditions sometimes feel mutually exclusive, but the printing of Adeline, Resplendent Cathar has certainly helped.

One of the things I love so much about Adeline is that she doesn’t need to attack herself to trigger. As long as you have something you can swing with, you’re going to get all the tokens you need. As a result, we have plenty of itsy-bitsy beaters that ensure we get a trigger the same turn we land Adeline.

Are they going to die in combat? Yes. Does it matter? No. All that matters is that we start our token generation as early as possible. Any keepable hand is going to have three mana sources, and a creature we can put into play before Adeline. Not a big ask!

A hybrid between going wide and going tall, Adeline is an army in a can. Putting tokens into play tapped and attacking every single turn is akin to Najeela, the Blade Blossom, but the deck plays out a little more like Winota, Joiner of Forces, with the amount of stax effects it relies on.

These creatures aren’t just powerful by themselves, they help with combat triggers and they’ll become genuine threats as our board develops. Having a dummy thicc Adeline is crucial for putting the pressure on your opponents, so every creature counts!

It’s also important that we have anthem effects to keep our tokens strong and big enough to live through most combat steps. To do this, we’ve got the usual suite of white anthems to work with, including the most hilariously underpowered card from Modern Horizons, Force of Virtue. It’s not much to look at, but we really don’t care about card advantage, we just want bigger humans.

Speaking of bigger humans, are you familiar with Champion of the Parish? He who stands for every cobbler, tanner, and fool? He doesn’t look like an EDH card, but a turn one Champion will be a 5/5 by turn three if all you do is cast Adeline. That’s nothing to sneer at. Thalia’s Lieutenant is even better, growing just as quickly and pumping your whole board on entry. Hanweir Militia Captain does what she says on the tin, and I like to think of her as mini-Adeline. But the big beats don’t stop there.

What’s better than making three 1/1’s every turn? Making six 1/1’s. Making three 4/4’s with flying. Making… whatever Cathar’s Crusade ends up making. You’re going to need a lot of dice, but your opponent won’t need theirs because they’ll be scooping pretty quickly. Any of these cards will rapidly accelerate your clock and bring the game to a swift finish. The best of the best is the almighty Elesh Norn, Grand Cenobite but it might take a while to build up to seven mana.

Speaking of which, you’ll see that this deck has a criminally low land count. Thirty lands might seem like madness, but we have three different MDFC’s to rely on as well as the easily flippable Legion’s Landing, which makes it feel more like 34. We’ve also got the finest in white pseudo-ramp:

Usually, these cards lose efficacy unless our opponents are ahead of us, but worst-case scenario, they can be played before Adeline to guarantee triggers and turn into beaters once we’ve got the ball rolling.

The rest of the deck is made up of some of the best mono-white has to offer (albeit just the modern legal ones) with a good spread of removal, protection, and even board wipes for games that get completely out of control.

So in the words of Madeline, that’s all there is, there isn’t anymore.

Thanks for the great deck Jake! If you decide to build this deck, I’m sure it’ll be a fine time with good ol’ Adeline!

Finally we have Jevin! Jevin is another writer at EDHREC, go and check out his “Challenge the Stats” articles if you haven’t already!

This deck’s goal is to form an engine with Lynde, Cheerful Tormentor any curses, and ways to sacrifice our own permanents, like with Blood Aspirant, Tavern Scoundrel, or Claws of Gix. These create a draw engine that allows us to keep cursing our opponents and moving curses around. Generally, we’ll want to be political, making deals with some opponents to curse other opponents, or to take a curse off in exchange for a favor.

In addition, we’ll generate a lot of enchantment ETBs, which will allow us to do damage with things like Grim Guardian and Forgeborn Oreads. We have ways to copy enchantments, and if we copy one of these two win conditions, we could be doing a lot of damage with our enchantment ETBs. This janky win condition, combined with the fact that curses are so specific to certain situations, means that this deck probably needs a couple of tutors to keep up.

I’ve also included many things that feel like curses, but aren’t, like Captive Audience, Wandering Archaic, and Revenge of Ravens.

We want to protect Lynde, who is key to our strategy, but in the event of a board wipe that hits enchantments, all of those enchantments will come back to curse ourselves, so we really want Lynde to come back right away to start doling them out to our opponents. For that reason, I’ve included a few ways to protect her like Feign Death and Teferi’s Time Twist that will bring her back in time for her upkeep trigger.

Thanks Jevin! Curses are one way to get ahead, hopefully it’s enough to get you to the next round.

The Innistrad theme continues! As we start our crawl into October, and thus Halloween, let’s all remember to have a (safe) Ghoul’s Night Out and enjoy ourselves. Remember to vote below for your favourite decks and the top two will move on to the next cut article! Stay spooky and remember if you don’t love it, cut it!

If you or someone you know would like to be in a future Cut article, please send an email to the.only.travis.stanley@gmail.com.